"The Twilight Zone" franchise has already been rebooted twice following its first successful run as a legendary TV show from 1959-1964. The latest reboot has been rumored since 2012 when director and writer, Bryan Singer was said to be helming the return of the science fiction/horror anthology series. Eventually, "Get Out" writer and director, Jordan Peele became the executive producer and face of the relaunched franchise.

The rebooted version of "The Twilight Zone" returned to TV screens in 2019 with ten new episodes which each tells a different story introduced and narrated by Jordan Peele. Different actors feature in each episode with guest writers and directors making each episode a new experience for the viewer.

The first episode of the 2019 version of "The Twilight Zone" was "The Comedian," which tells the story of the aspiring standup comedian, Samir Wassan. Samir is struggling to make it as a successful comedian and hopes his appearance alongside the iconic comedian, J.C. Wheeler will provide a kickstart to his career. The comedian performs his set to a lukewarm response and asks the experienced comedian, Wheeler for some advice to make his performances more impressive.

J.C. Wheeler provides a simple piece of advice, which is to provide more personal information in his set which Samir is told will help his career immensely. Taking the advice to heart, Samir includes a few jokes about his dog in his next routine and finds the audience far more responsive to his set. When he returns home, Samir finds no sign of his dog and none of his neighbors remember seeing the dog in the past. Samir makes a note of the loss of his dog in a journal and embarks on another routine containing more personal material resulting in the disappearance of each person he mentions in his jokes. Samir eventually realizes every person he mentions in his jokes disappear, the question he faces is how far will he go to achieve the success he craves in his comedy career?

The second episode of "The Twilight Zone" was highly anticipated after it was revealed Jordan Peele, Simon Kinberg, and Marco Ramirez had combined their talents to remake the classic, "Nightmare at 30,000 Feet" episode from 1963. In the updated version of the classic episode, a journalist suffering from Post Traumatic Stress Disorder, Justin finds an MP3 player in the pocket of his airplane seat.

The MP3 player contains a podcast detailing the events revolving around a plane crash which seems to be the story of the flight Justin is traveling on. As Justin becomes more desperate to save himself and the passengers on the plane he finds an unlikely ally in the form of a former pilot, Joe Beaumont. Juston and Joe combine their efforts to try and save the plane but the mystery of why the airline flight to Tel Aviv went down remains.

Initial reports from the production of "The Twilight Zone" stated Marco Ramirez would be acting as the showrunner for the series. However, Executive Producer and narrator, Jordan Peele later explained a traditional showrunner would not be in place because he wanted every episode to stand on its own merit. Instead, Peele stated series director, Greg Yaitanes would act as the coordinator for the series to ensure each episode maintained the continuity of the overall season.

Greg Yaitanes is a veteran director of U.S. TV shows and movies who won an Emmy in 2008 for his work on "House M.D." Of Greek descent, Yaitanes is an active member of the Greek community and takes part in many charitable endeavors for the group. The writer and director began his career in 1987 with "Salad Bar: The Movie" before kicking off in the early 21st-century. Among the shows Yaitanes has worked on are "Prison Break" and "Lost."

The face of "The Twilight Zone" is Jordan Peele who takes up the role originally created by the original creator of the show, Rod Serling. As the executive producer of the 2019 reboot of "The Twilight Zone," Jordan Peele takes the narration duties and is the creative force behind the show. Beginning his career as a comedian, Peele saw his career change direction with the release of his 2017 film, "Get Out." The horror movie with a social message was a global hit and led to the four Academy Award nominations, including Best Director and Best Screenplay for Peele.

CBS has been in possession of the rights to "The Twilight Zone" properties alongside the Rod Serling Estate and faced the issue of how to go about rebooting the series. After Bryan Singer and his team dropped out in 2012, CBS began talking to other networks and streaming services about buying the property. Eventually, the network decided to produce and release the series on its own CBS All Access streaming service.

Filmed in British Columbia, Canada, "The Twilight Zone" is produced by CBS Studios and Jordan Peele's Monkeypaw Productions. The first season consists of ten episodes with CBS commissioning a second season which will be released in 2020.

"The Twilight Zone" has yet to match the success achieved by the original series as it has received mixed reviews for its first season. The review aggregator site, Rotten Tomatoes rates the show at 74 percent and Metacritic gives a rating of 61 percent. When it was initially released, professional critics were mixed with their reviews with many praising Jordan Peele's narration and the acting of performers including Adam Scott. However, many critics were critical of the way the show had used its time which included those who believed the first episodes were too long. Some critics believed the inclusion of Jordan Peele as a creative force following the success he achieved with "Get Out" should have resulted in "The Twilight Zone" taking more creative risks.

The original series was one of the most socially aware of its time with original writer and producer, Rod Serling addressing many issues including racism in the 1960s. Jordan Peele saw this element of the production as one of the major reasons why he wanted to bring the show back and make it a success. Peele has said viewers should not expect any remakes of the original shows, instead, any source material is taken from the original run of "The Twilight Zone" will be used for a complete reimagining of the entire episode. 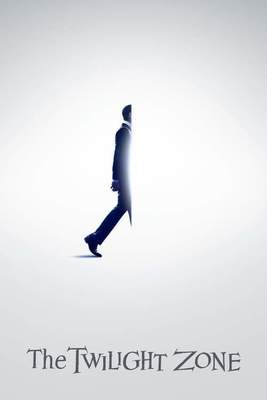 These are Providers which might be available to watch the show.
The official website of this TV-Show can be found here: https://www.cbs.com/shows/the-twilight-zone/

* This is a sponsored link / the reviewed TV-Show might not be available with Amazon Prime Video Service / after the 30 days test period Amazon Prime might cause additional costs. The official website of this show can be found here: The Twilight Zone
Did you like reading this TV-Show Review? Yes No