"The Big Bang Theory" brings geek culture to the mainstream

In 2007, the world was just beginning to get to know the possibilities offered by superheroes from Marvel and DC Comics with the characters of Sheldon and Leonard arriving at exactly the right moment. The two main characters from "The Big Bang Theory" arrived on TV with three main friends who would appear on the show throughout its 12 seasons with the lives of the four male characters forming the basis of the early seasons of the show.

The basic plot of "The Big Bang Theory" revolves around CalTech physicists, Sheldon Cooper and Leonard Hofstadter who spend their time at work and at home in the company of their close friends, aerospace engineer Howard Wolowitz and astrophysicist Dr. Raj Koothrapali. The quiet world of comic books and science fiction movies enjoyed by the four scientists is thrown into chaos by the arrival of a new neighbor across the hall, Cheesecake Factory waitress, Penny.

Leonard quickly develops feelings for Penny with the early seasons of the show focusing on the failed attempts of the physicist to woo his neighbor. Much of the comedy comes from the differences between the lives of the genius-level intelligence of Sheldon and Leonard, and the everyday waitress who is often confused by the antics of the other main characters.

"The Big Bang Theory" also focuses on the lives and careers of the other two main characters in the show, Howard and Raj. The engineer is a downtrodden Jewish would-be ladies man who believes he has the power to attract women because of his skills as a magician. Raj is a character who struggles to talk to women, literally being unable to speak in the presence of women unless he is drinking alcohol in the early seasons.

In later seasons, love interests were introduced for all four main scientist characters with Howard paired with his future wife, Bernadette. Raj has various girlfriends throughout the course of the show but his main partners are Howard and his dog. Sheldon is eventually paired off through the use of an online dating site with the biologist, Amy Farrah Fowler. Over the course of the 12 seasons, the focus shifted away from the four male scientists to a more family-oriented traditional sitcom with the characters of Howard and Bernadette getting married and starting a family together. Both Sheldon and Leonard marry their respective partners and spend less time on their previous interests of attending Comic-Cons and attending the latest movies. In later seasons, the main source of comedy is placed on the relationships of the characters and not the elaborate setups to bring the four main characters into comedic situations which marked earlier episodes.

"The Big Bang Theory" is the latest comedy to be created, written, and produced by Chuck Lorre, who was the brains behind "Two and a Half Men" and "Mike and Molly." As with most of the shows developed by Chuck Lorre, the writer worked in tandem with fellow U.S. writer Bill Prady. The writers have remained in control of "The Big Bang Theory" as showrunners who have kept a close eye on the direction of the multi-camera filmed before an audience sitcom.

The main actors of "The Big Bang Theory" have become household names off the back of the show with Jim Parsons portrayal of Sheldon Cooper winning him numerous awards. The star of "The Big Bang Theory" when it was in its infancy was former "Roseanne" and "Christmas Vacation" star, Johnny Galecki who was also known for his role in "Prancer" before taking on the role of Leonard Hofstadter.

As "The Big Bang Theory" has progressed, Jim Parsons has become the undoubted star of the sitcom with his portrayal winning him four Primetime Emmy's. Parsons had struggled to break into the big time despite appearing movies such as "Garden State" and the TV show, "Judging Amy." Since taking the role of Sheldon, Parsons has become a major star appearing in a number of movies and in Broadway productions.

The character of Penny has grabbed the attention of fans of "The Big Bang Theory" as she has navigated her personal direction n life and her on again, off again relationship with Leonard. The character is played by Kaley Cuoco, who has been acting on TV and film since the late-1990s when she gained her breakout role on the John-Ritter starring ABC sitcom, "8 Simple Rules." Cuoco has gone on to appear in numerous films over the course of the 12 seasons of success.

Another actor who has moved on to success in the movie industry is Simon Helberg, who plays aerospace engineer Howard Wolowitz. Helberg achieved almost instant success playing the role and took home the Critic's Choice Award for best actor in a comedy series before starring alongside Meryl Streep in "Florence Foster Jenkins." The role proved a critical success for Simon Helberg, who found himself nominated for a Golden Globe for Best Supporting Actor in 2016.

Sitcom fans who are looking for a traditional multi-camera setup will enjoy "The Big Bang Theory" particularly after the show found its feet towards the end of season two and start of season three. Critics gave mixed reviews for the sitcom over the course of its first two seasons before the characters began to take the shape we know of in their latest form. The sweet spot for "The Big Bang Theory" is generally seen as between season three and season nine with critics tending to give positive reviews for the show between these seasons. In terms of ratings, "The Big Bang Theory" struggled in its first two seasons when the show was ranked 68th and 40th in the overall rating. The CBS network saw the adventures of Sheldon and Leonard jump to the 12th most-watched show in the U.S. by the third season and remained in the top three most watched shows from season six onwards. Although "The Big Bang Theory" will finish its run with season 12, a prequel show, "Young Sheldon" has already begun and tells the story of the young Sheldon Cooper growing up in suburban Texas.

The current form of "The Big Bang Theory" is the second incarnation of the show which began life in a very different way. In 2006, sitcom creators, Chuck Lorre and Bill Prady shot a pilot featuring the characters of Sheldon and Leonard with a different cast minus Penny, Raj, and Howard. Although the pilot is known to have failed on many levels, CBS saw enough potential to give Lorre a second chance with the second pilot being close to the show known and loved around the world. The show has become as well known for its theme song, "The History of Everything" as it is for its comedy but the Barenaked Ladies singer, Ed Robertson initially turned down the chance to write the theme song because he had been turned down for many other TV theme songs. 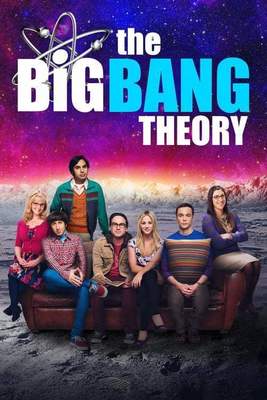 These are Providers which might be available to watch the show.
The official website of this TV-Show can be found here: http://www.cbs.com/shows/big_bang_theory/

* This is a sponsored link / the reviewed TV-Show might not be available with Amazon Prime Video Service / after the 30 days test period Amazon Prime might cause additional costs. The official website of this show can be found here: The Big Bang Theory
Did you like reading this TV-Show Review? Yes No