"Law and Order: Criminal Intent" continues The Success Of The Franchise

The "Law and Order" franchise has been one of the leading crime drama series on primetime U.S. TV throughout the 1990s and early 21st-century. In 2001, series creator, Dick Wolff, and head writer, Rene Balcer developed the "Law and Order: Criminal Intent" series which was the third installment of "Law and Order" to be released. The series ran for 10 seasons and 195 episodes first broadcast by NBC and later by the USA network.

"Law and Order: Criminal Intent" takes the crime procedural in a new direction by focusing on the actions of the lead detectives working with the New York Police Department's Major Case Squad. This is the first installment of "Law and Order" not to feature the courtroom aspect used in the first series and "Special Victims Unit." Instead, showrunner Rene Balcer chose to include more scenes featuring the suspects and victims in their everyday lives to give the viewer an essence of why the crime is committed.

The series begins with the focus played squarely on the lives and careers of Detective Bobby Goren and his partner, Detective Alexandra Eames. The detectives work in a squad designed to handle the most delicate and high profile cases involving murder, kidnap, and art fraud which usually involve VIP suspects in some way.

"Law and Order: Criminal Intent" began life with the story of a major jewelry heist investigated by the two lead detectives. Detectives Goren and Eames are called in when a group of criminals led by a Canadian named Karl Atwood and his girlfriend Gia along with their accomplices who have created an elaborate scheme to gain access to the jewelry store. In the weeks leading up to the heist, the occupants of a house next door to the property were convinced they had won a competition with a short trip as the prize offered by Karl and his gang. After the occupants leave their home, Karl, Gia, Carson, Nathan, and Zivkovic enter and drill through the wall to access the jewelry store over the course of a weekend.

After gaining access to the jewelry store, the criminals are startled by the arrival of the daughter of the family and her boyfriend who wants to take advantage of the house is empty. Karl shoots the two lovers when they are discovered and takes the chance to shoot the rest of the gang apart from Gia to collect the stolen jewelry for themselves. Detectives Goren and Eames set off on their journey to discover the identity of the gang and determine who they are and why they killed so many people.

Karl is an experienced criminal and understands the police will be tracking the diamonds and decides to throw them off the trail by murdering a member of the Mafia and plating some of the less expensive diamonds on him. Detectives Goren and Eames are not thrown off the trail for long but the Major Crimes Squad Captain is convinced the Mafia is involved and derails the investigation for a short period of time.

The methodical nature of the investigation led by Detective Goren is revealed as he and Eames trace back the stolen credit cards used to pay for everything since Karl and Gia arrived in New York from Canada. Unlike other installments of the "Law and Order" franchise, "Criminal Intent" allows the lead detectives Goren and Eames to work on the edge of what is seen as legal in most cases.

Dick Wolff has built his entertainment career on the success he has achieved as a leading writer and producer of police and emergency services dramas. The writer began his career in marketing and went on to write for a series of successful police shows, including "Hill Street Blues" before creating the "Law and Order" franchise. As the "Law and Order" franchise began to wind down to a single installment, "Law and Order: Special Victims Unit," Wolff developed the "Chicago" franchise which follows different parts of the emergency services in the Windy City.

Rene Balcer has been one of the leading writers for the "Law and Order" franchise which has seen him take the role of showrunner for the series and its later installment, "Criminal Intent." Balcer began his writing career with a "Movie of the Week" installment, "Out on the Edge" which won various awards for its complex nature. Balcer was one of the leading members of the team created by Dick Wolff and oversaw the first five seasons of "Criminal Intent" as showrunner.

The success of earlier installments of the "Law and Order" franchise allowed Dick Wolff and Rene Balcer to bring together a cast who already had name recognition. The character of Detective Bobby Goren was taken by Vincent D'Onofrio who had made his name in a series of critically-acclaimed movie roles, including the career-defining Private Joker in Stanley Kubrick's, "Full Metal Jacket." The actor took on a series of high-profile movie roles in the 1990s, including those in "Men In Black" and "Ed Wood."

Kathryn Erbe found her most famous TV role as Detective Alexandra Eames in "Law and Order: Criminal Intent" after an early role as the daughter in the sitcom, "Chicken Soup." Following this, Erbe decided to undertake a major stage career which involved her working with the legendary Steppenwolf company on Broadway.

The show is made through a production partnership between NBC and Universal Studios and followed the other installments of "LAw and Order" in filming in and around New York City and New Jersey. The production became a hit within weeks of its first broadcast on NBC when it regularly reached an average of over 15 million viewers during its first season. "Law and Order: Criminal Intent" when it regularly outperformed the popular shows, "The Sopranos" and "Alias." The decline of the series began with the decision to expand the number of detectives used in the show to include a second team headed by Mike Logan. The show would find problems when the NBC network purchased the rights to NFL football games broadcast during the Sunday night slot previously held by "Law and Order: Criminal Intent." The arrival of football on NBC led to "Law and Order: Criminal Intent" switching to the USA network.

In terms of the critical response to "Law and Order: Criminal Intent" has received excellent ratings for its early seasons with the focus after the departure of showrunner Rene Balcer at the end of season five marking a change in direction. The overall rating from "TV Guide" is 55 percent with other critics giving the show a score closer to 80 percent. The decision to focus the final season solely on the characters of Detectives Goren and Eames was met with a positive critical response as the amount of melodrama involved in the show also decreased. 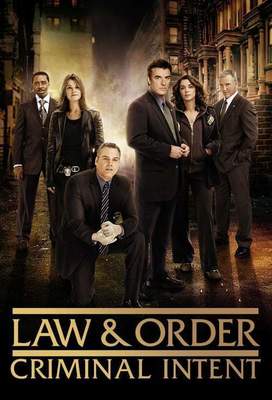 These are Providers which might be available to watch the show.
The official website of this TV-Show can be found here: http://usanetwork.com/criminalintent

Did you like reading this TV-Show Review? Yes No

Fresh Off the Boat
Comedy