Based on the 1996 film, "Fargo" by the Coen Brothers, the series was developed by showrunner Noah Hawley with the first season expanding on the plot of the Academy Award-winning movie. Three seasons have been broadcast, with a fourth planned which have moved in time but follow the visual style and themes of the cult movie.

"Fargo" begins with Lorne Malvo driving down a deserted rural road in Minnesota when a deer jumps in front of his car causing him to crash. Malvo is shaken and cuts his head on the steering wheel as he comes to a crashing halt. During the wreck, the trunk pops open and a naked man jumps free running into the woods by the side of the road. Malvo barely moves as he watches the man run away despite there obviously being some criminal activity taking place.

The following day, car salesman, Lester Nygaard is walking through the town of "Fargo" and begins to panic when he sees his former high school bully approaching. The car salesman may be entering middle age but he is still disconcerted by the arrival of Sam, who retains the power to intimidate Lester. Sam quickly makes Lester uncomfortable and scares him to such an extent he runs into a window in a bid to escape the clutches of the bully.

The impact with the window has left Lester with a broken nose which requires hospital treatment. While waiting to be examined at the E.R., Lester catches the eye of Malvo who asks him how he broke his nose. Lester explains his issues with Sam which have been ongoing since high school. Malvo laughs off the problems of Lester and tells him he will kill the bully for the right price.

Despite Lester giving no response to the offer from Malvo, the assassin begins stalking Sam and tracks him down to a local strip club where he murders him. Upon hearing about the murder, Lester tracks Malvo down to a local motel where the murderer tells him he will be lost in life unless he begins to stand up for himself.

Malvo's car is discovered on the deserted Minnesota highway and investigated by local Police Chief Vern Thurman and Deputy Molly Solverson. As they investigate the car accident, the police officers discover the frozen body of the naked man who leaped from the trunk. As his crimes are uncovered and investigated, Malvo continues to cause problems throughout "Fargo" by calling Sam's family and telling them lies about the division of his estate to cause problems for the family.

Lester becomes embroiled in the issues facing Malvo when his discussion with Malvo at the hospital is reported to the police. Lester is suddenly facing many problems worse than the abuse he suffers at the hands of Sam and finally snaps when his wife, Pearl mocks his attempts to install a new washing machine. After killing his wife, Lester is left in a difficult situation when the POlice Chief arrives at his door to discuss the murder of Sam. When Malvo also arrives to visit Lester, the situation gets out of control and Lester must think fast to avoid going to jail.

Much like the "American Horror Story" anthology series, "Fargo" creates a self-contained story for each season set in a different time and place. Season two shifts the story to 1979 and the third season is set in 2010. The fourth season of "Fargo" has already been commissioned by FX and will take place in Kansas City in 1950.

Showrunner, Noah Hawley began his career writing for various TV shows and publishing his own novels, which have now numbered five. The author has written movies including, "The Alibi" and has directed the Natalie Portman movie, "Lucy in the Sky." Prior to creating "Fargo" and the series, "Legion," Hawley wrote episodes of "Bones" and "My Generation."

Billy "Bob" Thornton appears in "Fargo" as Lorne Malvo in a role which won him numerous awards when the series was first aired. Thornton has been a mainstay of Hollywood since the mid-1990s when he made his breakthrough writing, directing, and starring in the low-budget, "Sling Blade." The actor and musician have veered between big-budget movies, such as "Bad Santa" and independent movies such as "Jayne Mansfield's Car."

Since appearing in the U.K. version of "The Office" alongside Ricky Gervais, Martin Freeman has become one of the biggest TV and movie stars in the world. Not only has Freeman appeared in the critically-acclaimed "Sherlock" alongside Benedict Cumberbatch, but he has taken starring roles in "The Hobbit" franchise for director Peter Jackson. Freeman plays Lester Nygaard in the first season of "Fargo" and has recently been seen in the Marvel Cinematic Universe as Everett K. Ross.

Released in 2014, "Fargo" was first announced by FX in 2012 with confirmation the legendary filmmakers, the Coen Brothers had given the go-ahead for the series and would act as executive producers. The show is filmed in Alberta, Calgary, Canada, and tells a story running alongside the events of the movie. Noah Hawley explained he had taken characters mentioned in the movie and crafted a story around them which took place before the vents depicted in the 1996 movie. The showrunner has described the first season as taking place in the same cinematic universe as the movie with the buried ransom money pivotal to the plot of the movie used as a smaller plot device in the TV show.

"Fargo" has achieved critical acclaim for its three seasons with the first episode of season one, "The Crocodile's Dilemma" receiving a 100 percent rating from Rotten Tomatoes. Overall, season one receives a rating of 97 percent from Rotten Tomatoes and 85 percent from Metacritic. Season two achieved the memorable critical response of improving on the success of the first season with Rotten Tomatoes giving the show a rating of 100 percent and the third season rated at 93 percent. Throughout the first three seasons, the show has been praised for its powerful acting performances, including those from Billy "Bob" Thornton, Kirsten Dunst, and Ewan McGregor.

Although each episode begins with the title card reading, "This is a true story," this is actually false but used as a framing device for the writer of the show. Showrunner Noah Hawley wanted "Fargo" to celebrate the work of the Coen Brothers in almost every scene. In season one, the diner frequented by Lester and Malvo offers a White Russian cocktail as one of its specials as loved by "The Dude" in "The Big Lebowski". 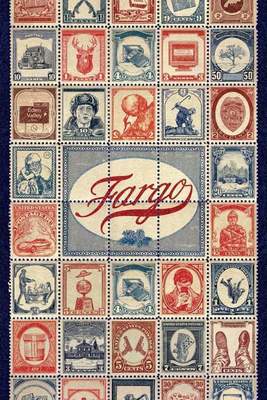 These are Providers which might be available to watch the show.
The official website of this TV-Show can be found here: http://www.fxnetworks.com/fargo

* This is a sponsored link / the reviewed TV-Show might not be available with Amazon Prime Video Service / after the 30 days test period Amazon Prime might cause additional costs. The official website of this show can be found here: Fargo
Did you like reading this TV-Show Review? Yes No