The character of Dexter Morgan became one of the most famous in the annals of TV history and took the mantle of the most important anti-hero in the history of U.S. TV. The character appeared in a series of novels by Jeff Lindsay starting with the "Darkly Dreaming Dexter" title. The novels were adapted by showrunner James Manos Jr. into eight seasons of success for the Showtime network and CBS.

The show follows the life of a Miami Police Department forensic scientist, Dexter Morgan who is hiding a sinister secret from his friends and colleagues. Morgan is a serial killer who has had his thoughts of killing channeled to do good by his adopted father, Harry Morgan. Dexter's mother was murdered with a chainsaw when he was three, prompting Harry to adopt the child and attempt to subdue his more macabre desires. After deciding he could not limit the murderous intent of Dexter during his childhood, Harry decided to try and turn the child into a force for good by teaching him to use his skills to kill those who had escaped justice.

Pastor Donovan is a preacher Dexter has proven to be a serial murderer of young boys who has been left in his care. The preacher has escaped the law on multiple occasions and Dexter decides the time has come for him to face some form of justice. Strapping him to a table in a cabin in the Florida Everglades, Donovan is told why he is there and that Dexter is about to murder him for his crimes. Dexter removes a small amount of blood from the body of the Pastor which he uses to add to the collection he has developed containing a small amount of blood from each of his victims.

Over the course of his career as a serial killer, Dexter has been developing his skills using the knowledge he has from his career as a forensics expert with the Miami Police Department. Dexter is an expert in blood splatters and is assigned to an investigation looking into the deaths of a group of women, mainly prostitutes who are killed without any blood being spilled.

Dexter's adopted sister, Debra is a Vice Officer in Miami and discusses the case of the murdered prostitutes with her brother resulting in her taking the theory of Dexter's that a refrigerated truck is being used by the murderer. Dexter and the ice truck killer are on the verge of a battle which will see them learn more about each other and fight to overcome the power of each other.

On his way to see his girlfriend, Rita, Dexter spots a refrigeration truck which he follows in the hope of discovering the identity of the ice truck killer. A severed head is thrown out of the window of the ice truck and hist Dexter's car ending the chase. After Dexter returns home from Rita's house he finds a doll's head attached t his refrigerator door and the various other parts of the body within the fridge. Dexter has embarked upon a dangerous game with another serial killer.

"Dexter" is written and produced by the showrunner, "James Manos Jr. who adapted the initial novel, "Dark;y Dreaming Dexter" into the first season of the show. Manos Jr. is a close collaborator of David Chase, the co-creator of "The Sopranos" which he joined as the co-producer and writer. Chase and Manos Jr. shared a writing credit for "The Sopranos" episode, "College" which won the Emmy for Outstanding Writing in a Drama. Trained at the Royal College of the Dramatic Arts in London, England, James Manos Jr. has become a successful director and writer based on the skills he developed over the course of his career.

The casting of Michael C. Hall as the titular, "Dexter" was not universally welcomed but over the course of the eight seasons, the stage actor proved his worth in the role. Hall began working on Broadway in the late 1990s winning acclaim for Sam Mendes version of the musical, "Cabaret." Mendes became a champion of the work of Hall and recommended him for the role of David Fisher in "Six Feet Under," a role which won Hall his first Emmy nomination. Since leaving "Dexter," Hall has worked on the Netflix original series, "The Crown" as President John F. Kennedy.

The show is set in Miami, Florida but the exterior locations of the show are filmed in Long Beach, California which takes the place of Florida in the production. Tv and movie director, Michael Cuesta was responsible for the majority of the first season of the show. The show was forced into a hiatus at the end of season four which was caused by the diagnosis of Hodgkin's Lymphoma for lead actor, Michael C. Hall. The actor lost weight and had lost his hair during his treatment which led to a change in his appearance for the fifth season.

The critical response to the first season was seen as favorable by most critics with Metacritic reviewing a series of critical responses to give the show a rating of 77 percent. In season two, writer, James Manos Jr. stated he saw little to adapt I the second novel in the 'dexter" series leading him to create a new storyline for the show. The response to later seasons has been changeable with fthe second, fourth, and seventh seasons achieving critical acclaim. Season's six and eight are the worst reviewed accoridn to Rotten Tomatoes which goves these seasons a score in the 30 percent range. Despite the unpredictable nature of the later seasons of the show, "Dexter" was later broadcast free to air on CBS making it the first U.S. primetime show to cross from a cable network to a traditionbal network during its initial run.

Some fans have taken the killings completed by "Dexter" to heart and produced their own totals of the number of deaths he must have committed based on the blood samples he keeps from each victim and his admitting to other, unrecored murders. One fan total for his murder spree places his total number of victims at an incredible 134. Preparing the "Dexter" kill room is a difficult thing to do with the crew taking 12 hours to set it up and around eight hours to film each kill room scene. 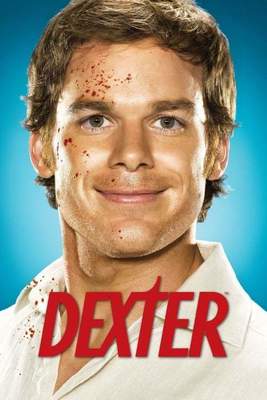 These are Providers which might be available to watch the show.
The official website of this TV-Show can be found here: http://www.sho.com/dexter

* This is a sponsored link / the reviewed TV-Show might not be available with Amazon Prime Video Service / after the 30 days test period Amazon Prime might cause additional costs. The official website of this show can be found here: Dexter
Did you like reading this TV-Show Review? Yes No

Sex and the City
Comedy